Satan Lies To You

The title says it all. Satan lies to you, and to everyone else. He hates God, and he hates you. You are a creation of God therefore he despises you. He will do anything to keep you from knowing God. He will lie, steal, kill, and destroy to get his way. 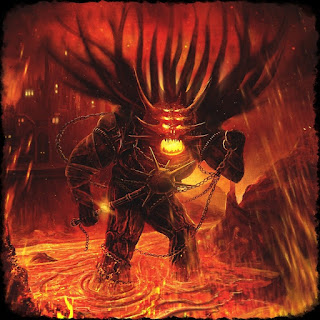 He is "The principality of the air", as it says in The Bible. His goal is to deceive the world, and he does it well. He invents religions, ideas, memes, institutions and traditions to deceive us. Satan twists truth just enough so we don't even know we are believing a lie. Look at "Christian" cults as an example. 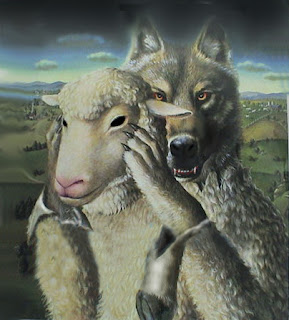 He invents expectations for relationships and watches as marriages fall apart because those false expectations are not met. He fools us into believing life without God is normal, and satisfying. He lurks behind false preachers, religious gurus, politicians, celebrities, spewing out a false idea of what the world should be. A place either without God, or one where God is relegated to the backseat. 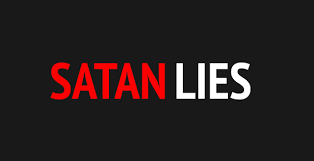 Satan, The Adversary, disguises himself as an angel of light. It's easier to seduce people as an angel than as an ugly demon. He's smart and has had a long time to watch us. He knows what we want to hear.
He is at war, and we are losing! 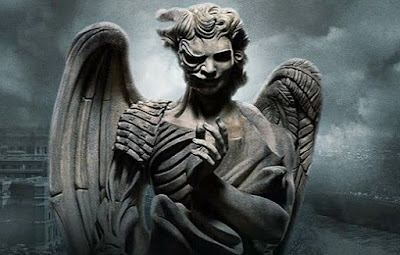 The truth, however, is in Jesus the Christ. He alone saves us from the eternal penalty of our sin. His truth casts out Satan's lies and frees our minds from his influence. When we believe Jesus died for us, He sends His Holy Spirit to dwell in us, and so seals us until Jesus returns. We may live in a world ruled by the Devil, but with Christ we are now in God's kingdom!
Amen!
Posted by Mike Munson at 3:21 PM No comments:

Sodom will always be known as the "gay city". The sin that was on display in genesis 19 was indeed homosexuality, at least on the surface. But there was more to it than that, as we shall see.
Sodom was a wealthy city. Their wealth was fueled by the land it sat on, which was considered another Eden. It was lush and capable of supporting its inhabitants and their livestock. Sodom was thought to have been located in the Jordan river Valley just north of the Dead Sea. Water = wealth, especially in the ancient world. the city was known for its abundance, and also for its perversion. with every need filled, people seek for every want to be fulfilled, and over time a nation will become decadent. 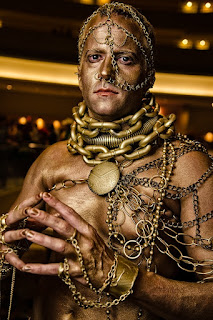 We see this in Genesis 19:20:
"The outcry against Sodom and Gomorrah is so great and their sin so grievous that I will go down and see if what they have done is as bad as the outcry that has reached me."

What was their sin that so offended God? Was it homosexuality? Homosexuality was just the symptom of a greater ill. Ezekiel 16:49-50 says this:
"Now this was the sin of your sister Sodom: She and her daughters were arrogant, overfed, and unconcerned: they did not help the poor and needy. They were haughty and did detestable things before Me. Therefore I did away with them as you have seen."

God didn't mention homosexuality per se there. Instead, he mentioned what their hearts were like: proud, gluttonous, apathetic.These heart-issues led to the outward sin that Sodom is famous for. And God erased them for it. 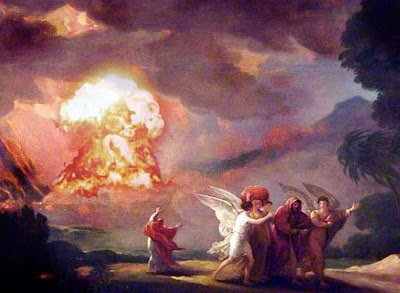 Look at what goes on in Genesis 19: God sends two of his angels to Sodom to see if there are at least ten righteous people there. They attempt to spend the night in the city square but Lot persuades them to come to his house, presumably because he knows its not safe for them.
He knows what the people are like.
However, they weren't safe in lot's house either. The men of "every part of Sodom-both young and old-" surrounded Lot's house and demanded sex from the two strangers.
Let that sink in.
The whole city wanted to gang rape two guys. That was how they treated strangers! So Sodom was guilty of inhospitality for one, and rape. But it goes further. Lot, being hospitable like people were in that area of the world, decides to take normal hospitality and make it retarded. He offers his two virgin daughters to the madmen so they won't harm his guests!
And they refuse! They just want the men.

That's where the whole issue of homosexuality comes in. Straight men down through the ages have read this and are horrified. Not only is every men in Sodom up for gay sex, they want to rape the men too. So the issue becomes about homosexuality because its the most alarming.
Now how can an entire city become so vile? What went wrong? Pride, arrogance, apathy. When you don't care, you continue to not care and then teach the next generation not to care. They did not care about God or their neighbor, but only cared about satisfying their desires. They become hedonists, and the city rotted out morally. In an old rabbinic tradition, the homeless of Sodom were given gold ingots with their owner's names inscribed on them. But when they went to spend them, no one would sell them anything! Then when they starved to death, the owner of the ingot would reclaim their money.
In other words, Sodom was guilty of treating people poorly. It finally culminated when the men of Sodom attempted to rape two angels. 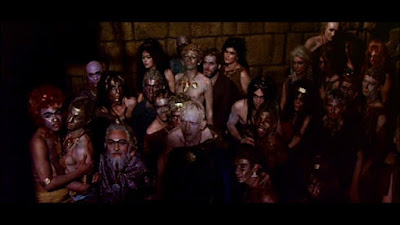 But...
The angels blinded the men after they cursed Lot and tried to break down his door. The angels saw that there weren't ten righteous people in Sodom and told Lot and his family to leave immediately. reluctantly they did. I guess Sodom was still in their hearts and they didn't want to leave their comforts. That's why they moved to Sodom in the first place.
Then God firebombed Sodom, Gomorrah, Admah, and Zeboiim. Zoar was spared because Lot ran there, afraid for his life. Whether God actually rained fire down from out of heaven or He used lightning to set off explosions, it doesn't matter. He destroyed them. They had grown a reputation for mistreating people, so much so that God had to annihilate them.
So was it just because they were gay? No. It was what they had become as a nation. But if homosexuality was indeed so prevalent, what other kinds of sin were they practicing?

(Go watch "The Bible" from 1966, starring John Huston as Noah and George C. Scott as Abraham. When the two angels enter Sodom you'll understand why God had to judge it.)

Sodom's heart was wicked. It was focused on itself and it putrefied. The behavior was the symptom of a heart far from God. Look at America or any other nation. Is your nation rotting? What about our own individual hearts? Do we disgust God? Has our behavior gotten him angry?
Or have you received the gift of The Holy Spirit and been reborn by trusting Jesus Christ as your savior? Ignoring Him is not the answer. The destruction of Sodom serves as an example of God's wrath at the final judgment. You don't have to be there!
You don't have to be caught in the fire! 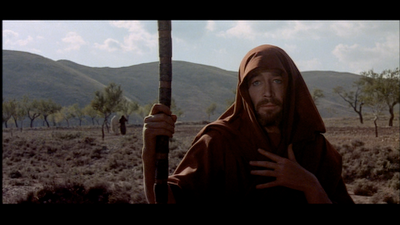 Posted by Mike Munson at 3:16 PM No comments:

This will be a simple post, a little gallery of my Biblical art that I've done over the years, and some commentary. 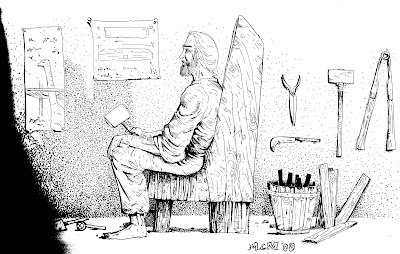 I was imagining Noah sitting alone with his tools and blueprints. I bet he was lonely at times, being the only righteous human on earth. No wonder he got drunk after he saw the world die... 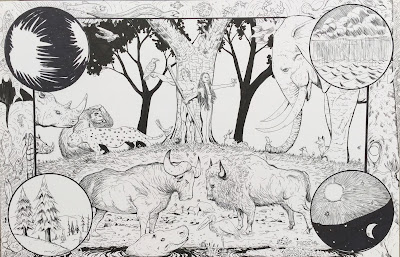 Here are Adam and Eve in the Garden. The circles show the days of creation. Yes, it's crooked. 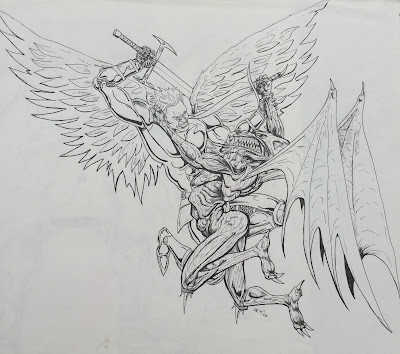 I call this "War" , for obvious reasons. I did this in 2000 but I still like it. I know angels don't have wings in the Bible, but no one would know that it's an angel unless he has wings.

Here is an extra-biblical piece representing Enoch preaching to a nephilim. Enoch was one of only two people who did not die but were taken to Heaven by God. He, like Noah, was a righteous man. He 'walked' with God, meaning he had a relationship with Him.

That's just four pieces; I have more on my Deviantart page. Thanks for looking. 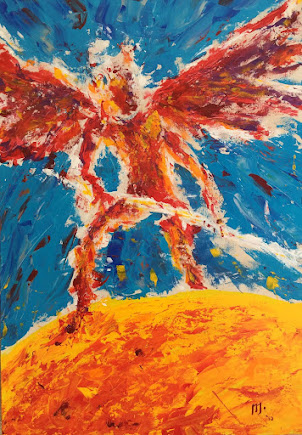